Fairs are celebrated everywhere in the world with great cultural and historical backgrounds, sometimes to commemorate a special event or seasonal change. This fair, held in the small but historic town of Sibi. Sibi lies 163 Kms-3 hrs drive to the south east of Quetta at the mouth of the famous “Bolan Pass” .

Britishers quote in 1885 that a horse fair was first held at Sibi in the month of February, which was fully availed by them during the Afghan war. Whatever the hypothesis, the Sibi Mela provided a greater opportunity for people to get together and the increasing items of games and events aggrandized the interest of the common masses into the festivals of Sibi. The cooperation of the people of the adjoining areas in the sale and purchase of cattle’s was also vitally important in its organization.

Sibi wears a colourful cloak in February each year for the famous Sibi Mela. No one knows the genesis of the Sibi Mela as historians differ about its beginning. While the The British quote in 1885 that a horse fair was first held at Sibi in the month of February,  which was fully availed by them during the Afghan war, some link it with the remains of the barter system, when Sibi was the centre of business for the traders dealing. The tribesmen had to spend their winters in the plains of Kachhi and Sindh, and return to Sarawan and Khurasan in the months of February and March. Before leaving Sibi for another season, they would make purchases on a large scale in return for livestock, which would be of great benefit for the traders. During the Mela, tribesmen flock from all over Balochistan, parts of Sind, and Punjab with their animals to trade. The salient features of this “Mela” are horse and cattle and cultural shows, tent pegging, camel races, animal markets, and exhibitions of handicrafts, tribal dresses, and folk dances. 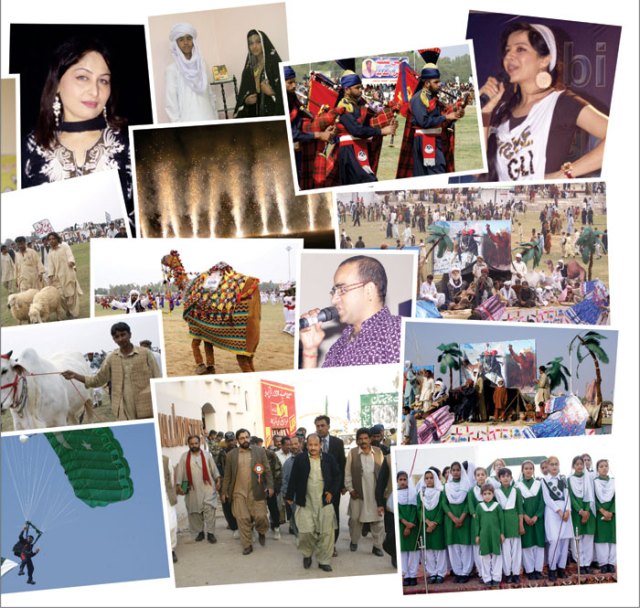 View all posts by salar Marri

This site uses Akismet to reduce spam. Learn how your comment data is processed.