The following are the principal buildings in the District.

If it is winters elsewhere in Pakistan and you happen to be visiting Sibi in Balochistan province of Pakistan, beware then as you will be entering the “hot spot” of Pakistan where temperature crosses 50 degrees Celsius in summer and may not be better even during winters. The Jigra Hall is now converted into a museum. It has a collection of pieces found at the archaeological sites of Mehrgarh, Nasshero and Safi Pirak.

Until the end of the 15th century the district had been a dependency of Multan and had been part of Ghaznavid Empire ruled by petty chief named Nasiruddin Kubacha Around 1500 it was taken by Shah Beg of the Arghun Dynasty and so came under the control of Kandahar. However during the period of Mughal rule the territory was once again ruled from Multan. In 1714 the territory was conquered by the Kalhoras of Sindh, but they were then displaced by the Durranis. During the rule of the Durranis the local governors were generally selected from the Barozai clan of the Panni Afghans.[2] In the 19th century it fell under Marris and Bugtis hand. To finish rebellion in the area, the British signed the Treaty of Gandamak (considered one of the most humiliating ever signed by an Afghan ruler making the Afghan Amir virtually a feudatory of the British Crown ) in 1879.
The district of Sibi was established in 1903 during British Rule its area was larger than the current district lying south of Loralai District, north of the Upper Sind Frontier District, west of Dera Ghazi Khan District and east of Kachhi, Bolan Pass and Quetta- Pishin. The total area of the district was 11,281 square miles (29,220 km2), but this included Marri Bugti county (7,129 square miles) which not directly administered by the British, leaving 4,152 square miles (10,750 km2) that were directly administered by the British. 1n 1974 the district was subdivided to create Naseerabad and Kohlu districts, in 1983 Dera Bugti District, and in 1986 Ziarat District. Until 2000, except for Naseerabad, these new districts were part of Sibi Division of Pakistan. In 2000 the third-tier “divisions” structure of government was dissolved. Today Sibi district has two sub-divisions, Sibi and Harnai, which are further organized into tehsils and sub-tehsils: Sibi, Harnai, Kutmandi and Sangan. The population of Sibi district is estimated to be over 250,000 in 2005. Over 99% of its inhabitants are Muslims. The major tribes of Sibi are Marri, Barozai and Khajjak.
Sibi is on the western edge of Pakistan and is well connected with the country by a wide network of roads, railways and airways. Sibi Railway Station is junction railway station. The railway track was lined in 1890s during the British era to link Sibi with rest of the country. The routes are Sibi from linked with Lahore, Karachi, Peshawar, Rawalpindi, Quetta, Multan, Faisalabad, Hyderabad, Rohri, Sukkur, Bahawalpur, Dera Ghazi Khan, Kot Adu, Gujrat, Jacobabad, Gujranwala, Khanewal, Nawabshah, Attock, Jhelum, and Nowshera. 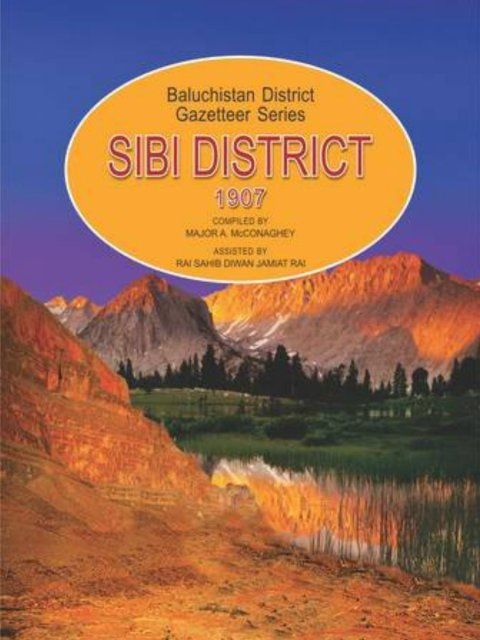